The possible detection of phosphines in the atmosphere of the planet Venus has sparked interest in possible biogenesis of the compound. In other words, there may be microscopic extraterrestrial organisms living up in the Venusian clouds. This would be an amazing discovery. But, it also raises the question about what sort of biochemistry such organisms (if they exist) utilize in their Venusian flavor of metabolism. Here I will make some speculations about this.

Phosphine is an unstable molecule known to arise in the Earth’s phosphorous cycle. The fact that it is unstable means that its presence in the atmosphere of a planet must be due to some process that continues to produce it in order to maintain its levels. In the case of Venusian phosphine, the authors of the recent article (Greaves et al, 2020) have shown that non-biological processes would be insufficient to maintain the levels observed, which is what has caused interest in a possible biological process maintaining the observed levels.

Another paper by Seager et al, 2020, have proffered a possible life-cycle of microorganisms living in the Venusian clouds: 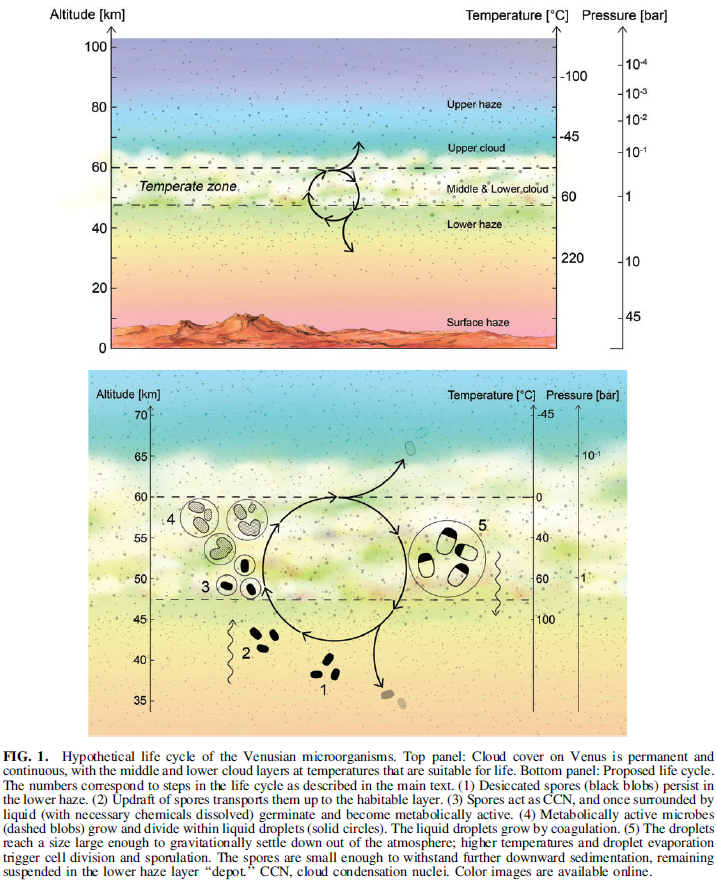 It is observed that certain particulates that are still not well characterized act as condensation nuclei (from Titov et al, 2018):

Heterogeneous activation of droplets, on the other hand, generally (but not of necessity) requires a soluble condensation nucleus in order for the activated particle to overcome the Kelvin barrier (below which radius, a very small droplet will evaporate more quickly than it can grow, because the small radius of curvature increases the equilibrium vapour pressure; the addition of a solute reduces this effect, allowing smaller radius particles to persist and then grow condensationally). This activation process will proceed at lower supersaturation rates, but does require a condensation nucleus that is soluble in order to do so. This is possible in the Venus clouds, especially in the lower and middle condensational clouds, because we have observational evidence for a population of submicron sized particles below the main cloud deck that cannot be sulphuric acid, and likely are involatile (Knollenberg and Hunten 1980). But since we do not have a firm understanding of the composition of the particles that can serve as potential cloud condensation nuclei in the Venus atmosphere, simulations of this physical process necessarily involves the addition of a relatively unconstrained knob in a microphysical model. Furthermore, the most likely candidates for these cloud condensation nuclei are polyatomic sulphur species—which are necessary products of the aforementioned photochemistry (e.g., Yung et al. 2009) and for which there is some observational evidence (e.g. Toon et al. 1984)—which have been shown to be incapable of serving as condensation nuclei, since they are completely insoluble in sulphuric acid (Young 1983). 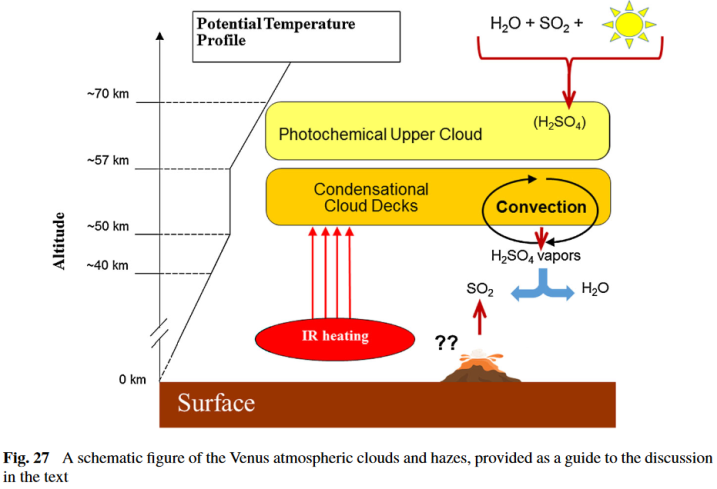 Life can be broadly defined as the maintenance of thermodynamic disequilibrium – if all the chemical processes in your body reached equilibrium, you’d be dead; we use energy to maintain ourselves in a state of constant thermodynamic disequilibrium. This convective processes in the Venusian clouds is tantamount to a metabolic process in that there is a constant state of disequilibrium. Such a process could be used to drive chemical processes similar to photosynthesis here on earth being used by bacteria and plants to build high-energy molecules (sugars, proteins, nucleic acids, and so forth).

In my proposed process, in the photochemical upper cloud, light would be used to liberate electrons from Fe2+ iron (found in the UV-blue absorption compounds) which could be used, perhaps, to generate the phosphine (which would serve as an electron carrier similar to NADH in terrestrial organisms).

The energy from this reaction could then be used to drive other reactions. And so, by this mechanism, the movement of droplets from the photochemical upper cloud to the condensational lower cloud can act as a sort of large, spread out “membrane” with a chemical gradient sustaining the thermodynamic disequilibrium. The differential phase of the sulfuric acid droplets could aid in maintaining the disequilibrium between the two levels as well. 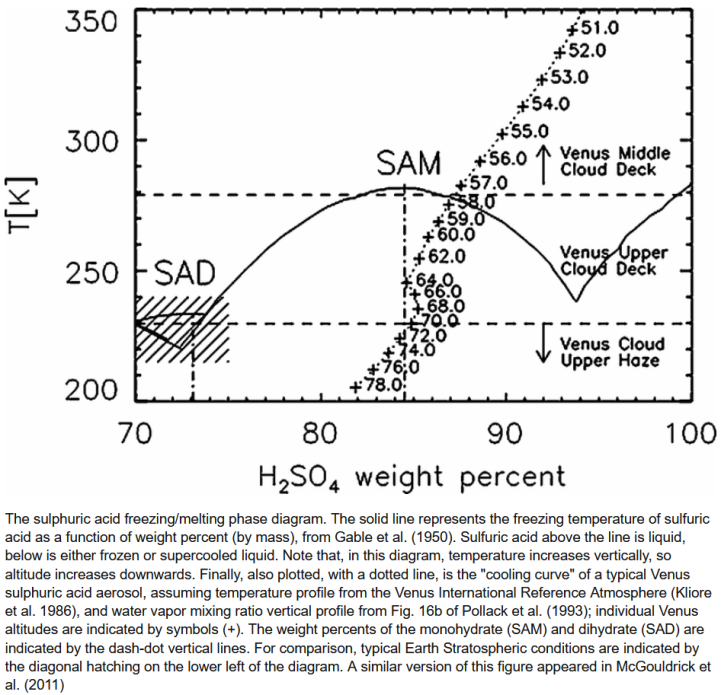 Of course, this is just a half-baked, back-of-the-envelope type of proposal – just some thoughts that passed through my mind while reading about this discovery. What do you think?